Algorithms: How Important Are They Really? 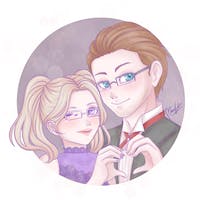 Hackerrank, Leetcode, CodeWars, and even freeCodeCamp all offer a vast number of algorithm challenges to practise your coding skills. Quite often I hear new developers say "I'm terrible at math" and "Algorithms are hard, maybe programming isn't for me".

Today we will talk about why algorithms are such a "hot topic", and how to improve your skills at them.

Why are Algorithms Important?

A lot of companies use algorithm challenges/assessments in their interviews. When writing production code, the use-case for them is often very small (unless you're in a field like data analysis), so why do they come up in almost every technical interview?

They are easily quantifiable. An interviewer can assess a candidate's coding ability much more efficiently with an algorithm challenge than with something like building a website, as it requires less investment to set up the environment and less time to complete the challenge. Additionally, while there is not necessarily a "correct" answer to solve an algorithm (if the code works, it works!) seeing a candidate's thought process and approach can provide insight into their abilities and overall problem solving skill.

How do I Improve?

Here are the steps I take:

Let's apply these steps to a basic algorithm:

Our very first step is to identify the input. Thankfully, this example is written clearly, and says the function "takes a string". So we know our function is called isPalindrome and takes a string. We can write our boilerplate with this - today we will use TypeScript to help with the type-checking.

Again, the example has been helpful in describing the goal. According to the text, our function should return true or false, which means it returns a boolean value. We can add that typing to our function declaration.

Great! Now we are ready to break down the challenge into steps.

I like to use comments within the code to plan out the steps, so I have them within the editor when I start writing the code. So how do we check if a word, like "racecar", is a palindrome? Well, a good approach is to write a new word using the letters in the old word - but starting from the end. This gives us a reversed version of the word, then we can compare. Let's add those steps to our code.

Awesome! We now have some basic steps. Now we can turn them in to code! So we look at each line individually. First, how do we create a new string? Well, we can declare a new variable and initialise it as "", an empty string. How about building the new string from the old one? A standard for loop could be a good first approach here, as it allows us to start at the end and move to the beginning. Inside that loop we should add each letter to the new string. Finally, we need to compare the two and return true or false based on that comparison. Because the comparison itself returns a boolean, we can return that value directly.

Here is what we have now:

Great! Let's run it! The TypeScript Playground is a great resource for testing quick TS snippets without having to spin up a local environment, so let's head over there and run it.

Oh no! The function returned false, but "racecar" IS a palindrome. Let's add a console.log(newStr) before our return statement and see what happened:

Okay, so we have a bug in our code that we need to fix. The value of newStr starts with undefined. How can we fix this? Take another look at our loop bounds. We start at str.length, but strings are 0-indexed, so we actually need to start at one less than this value.

And now we have success! But... we are not done yet. What if we try console.log(isPalindrome("race car"))? The space between the words throws off the comparison and returns false, even though it is still a palindrome. So we need to fix this as well.

In general, it is good practise to avoid mutating the original function input. Let's create a variable called oldStr and use that to store the original string with whitespaces removed. We will also need to update all of our str references to use oldStr instead:

And now we have success! You have successfully solved the algorithm, and hopefully gained some insight into a good general approach for algorithm challenges. Remember to keep practising, and good luck in your journey!